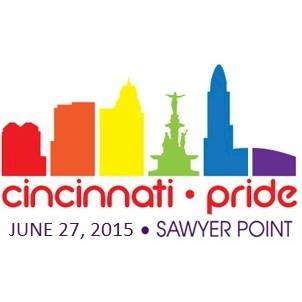 Cincinnati Pride Continue’s a Tradition of Intimidation and Ignorance 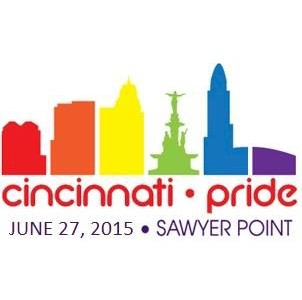 I am disappointed to see that even with plenty of strong, capable organizers on staff, Cincinnati Pride continues to value it’s own ‘pride’ over that of the community.

For the second year in a row, the committee finds it appropriate to allowing a religious anti-LGBTQPIA hate group to walk in our Pride parade. Many people have complained, but despite this the Pride committee sees fit to use it’s own judgement, and perhaps the judgement of “other cities” who they consulted, on how to “share” OUR day with those who are responsible for our deaths. This issue is about more than just the parade. It is about Cincinnati Pride’s history of bullying the community it is meant to serve. Cincinnati Pride both allows, and in past years has even condoned, people harassing, insulting, and threatening anyone who challenges Cincinnati Pride’s actions. Over the years, myself and many people of my acquaintance have been targeted for asking well worded, diplomatic questions. There have even been times where LG community members, many of them friends or partners of Pride organizers, and sometimes the Pride organizers themselves have harassed me on the street, cornered me in bars, spammed my email, and even worked their way into my facebook friends list just to troll my wall and try to dig up dirt (only to find none). These actions continue to not only go unchecked, but unrecognized.

Pride organizers have stated that by allowing the hate group into the parade, “show that we do not discriminate and attempt to silence other voices, as has been done to us for so many years.” First, best practice (and common sense) tells us that having a mobile unit of protest has more of an impact than a static one. Cincinnati Pride has assured the public that it is working with the local police to keep the protesters in check as they walk through our parade, but once an act of violence happens it is too late. (I should say physical violence because they are already causing emotional violence). Wouldn’t it be better to not risk our people’s personal and physical wellness for the sake of Pride’s pride? Lastly, and most importantly, PRIDE is a celebration of our people rising up against oppression. To willingly hand over sacred space and air time to our oppressors is as offensive as it is illogical. Pride is a day for our people, especially our youth, to grab a sense of acceptance and normalcy. Today, that will not happen for Cincinnati.

It is important to note that most people do not do community organizing/volunteer work without the best intentions. That being said, intention is not impact and I may be so snarky as to say that good intention is not intelligence. Cincinnati Pride has consistently struggled with accessibility issues, racism, sexism, classism, transphobia, elitism… the list goes on. This is not because the Pride organizers are bad people; it is because Cincinnati is a city with a bad politic. The first Pride was a riot; an uprising to stamp out oppression. In order for our people to rise against our oppressive environment, we have to stand up against it, not lay down in front of it as it walks through our Pride parade.

Cincinnati Pride, remember who your boss is; the people of the LGBTQPIA community. By allowing violence to spread under your roof, you are just as guilty as if you were making the attacks yourself. Whether these attacks are coming from anti-LGBTQPIA protesters or from our own community, you are responsible for the damage they cause. You are responsible for finding the solution.