MBLGTACC and Inclusion vs. Illusion

This past weekend was the Midwest Bisexual, Lesbian, Gay, Trans, Ally College Conference, affectionately called MBLGTACC (mmmble-tack). It took place in Madison, Wisconsin, the home of my fabulous friend-drag-troupe the MadKings and made new friends with a troupe called DragKing Rebellion. Both are genderfuckingly fabulous. This conference holds a special place for me because of the rarity of a large, open queer space in the Midwest, particularly one that is youth focused. I was also excited to get to hang out with friends made last year as well as my dear pals Helen Boyd, Rachel, and Kate Bornstein.

I presented two workshops, one of which I ranted about Katy Perry and had to doddle a bird to calm down. haha, it was ridiculous. Good groups this year, and the workshops were shockingly packed. It was nuts and totally unexpected. Also, this year I performed in the hosted drag show which was super fun. The stage was carpeted, so I had to do soft-shoe instead of tap. Oh well. My friend Lisa got some awesome pics of the show. My flapper number was particularly popular, again unexpected because I was the only solo performer (all else were large, fantastic troupes). One person even gave me a pile of change, which traditionally in drag is considered an insult, but I saw their rushed, smiling face and knew it was actually a compliment. Later the person told me that they loved the number but had no singles and wanted to show support the only way they could. Its kinda one of my favorite things ever now, very touching. This was also the first show I have ever performed in where I was being rated by a panel of judges. It was an American Idol skit involving 5 audience members. One judge made a joke saying “I though you deserved the change, because you have totally changed my sexuality.” It was hilarious. I think I don’t fully realize how genderfucked I look when I perform, because I never expect the reactions I get. I think its that classic tale of never knowing exactly how you look to others.

Also, all us performers had to throw in another number because one group didn’t come. I had no extra costumes, and instead of throwing something together from other people’s clothes, I decided to make a bit out of it and go in my skivvies. Also got some really bad rug burn and bruises since I was rolling around and dancing practically naked. All part of the job. :)

[image: JAC on stage in black binder and underwear. His arms are up in front of him in clenched fists with a hopeful look on his face]

My scantily clad performance was not just a cry for 1500 peoples’ attention.  It was also a message. I have a habit of creating numbers with messages that no one would catch on to except me. As a performer I feel that sometimes it is important to have your own meaning to things, even if no one else knows what it is.

Throughout the conference there was a rising tension about the accessibility and inclusion of the conference of people of color, trans folk, and people with disabilities. Being friends with several organizers I was able to hear the sides of the organizers but since I myself was not an organizer, I was able to also hear that of the general conference assembly. I an only speak for myself from where my communities are. As a trans person I didn’t feel there was an issue for me. I will admit I am more flexible than some, but I am constantly on the look out for problematic things, so the face that I didn’t notice something leads me to believe that issues of trans accessibility were small. Plus, of all the people I talked to, which was a lot, I heard no complaints about trans stuff. When I learned it was about something so simple as bathroom signs not marking ALL bathrooms as all-gender, I got a little irritated. All bathrooms were originally labeled all-gender but the building staff removed the signs leaving a mens, womens, and unisex bathrooms. When I saw that there was a unisex bathroom I was happy about it. I didn’t care if it was titled unisex or had a new sign on it saying all-gender. Where are these people coming from where unisex isn’t good enough for them? I was just grateful to have the bathroom, and even one that wasn’t a “family” bathroom. Unisex vs. all-gender, pish posh. And its not like I don’t think I deserve something specific, as you all probably have learned by now I am heavy about what my community deserves. I just think that picking shit apart to the nth degree creates more problems that it solves. There is a difference between calling it out privilege and inaccessibility and being a pretentious and demanding. Often times I feel the people complaining speak for the entire community without asking us. Or aren’t even IN the community. So, I performed in my underwear to show I am trans and I care about this space, that no one has the right to speak for me, and that I feel safe at MBLGTACC even if it isn’t perfect yet.

EDIT 2.24.10: Thanks to a buddy of mine, I have been alerted to something I should have mentioned. Because I was either presenting or working the majority of the conference, there was a lot of things I did not see. One of the issues raised was pronouns and language, indeed probably the most common thing we deal with. More is included in comments below, I encourage you to read them. I think it further reiterates the fact that so many people are caught up in the illusion of-not just equality, but of education. Knowing about your own identity does not mean you understand that of others, which includes language and pronouns or how to just not be a shithead.

We are forever transitioning in our community. Accessibility is a major issue that must continue to have our full attention. One of the strategies for the planning committee for accessibility is to have no closed sessions next year in a move to include everyone.  I agree that we need to communicate with each other, foster coalitions, and educate ourselves and each other. That doesn’t mean we each have the right to know everything about everyone all the time. There is this illusion that in order to be equal we all have to be the same, that everyone can’t be included unless we are all in the same place with the same information. The same rights and access is not equal to the same EVERYTHING. As a trans person and a person with disabilities, I think this is bullshit.  I look forward to having some private community space. I want a safe space where people aren’t going to assume something about me, or ask a shitty question. I want to talk about what I am dealing with where I know everyone gets it. It’s not ok for people to come into community spaces just because they think our specific issues are interesting. Take an educational workshop if you want to learn something. “Learning” is about education, not entertainment and fascination. Its not always everyone’s business what a community is dealing with. I do not take it personally if a space is not for me, I feel others should not either. If you don’t like it, make your own fucking space. Its what we had to do. I can not label people by sight, and I won’t try, however I have been in spaces where I know people do not belong there. Even when prompted that it was a closed space they still stay, only later to openly identify themselves as someone from outside the community. WTF? Who do you think you are? You think its easy for people of color to carve out a space in a predominantly white movement with white language and white theories? You think its easy for trans people to fit in when all anyone is talking about is gay this and gay that, wrong pronouns flying, getting asked about their bodies, or being kicked out of their communities because they are who they are? I don’t need anyone to feel sorry for me because my body is different, I don’t need anyone analyzing why I am not “healthy” like them. If you are able bodied, I don’t want to tell you anything about my situation and I shouldn’t have to. I think the result of having no closed spaces will not be that people will learn more, it will be that people, myself excluded, will just stop talking.

One thing I think is easy to forget in the confusion, stress, and hub-bub of big community spaces, both open and closed, is that in the end we are all in this together. What we need to do is make it the best for all of us in this greater house of queer, even if that means some rooms of the house are private. No one would expect to be allowed in the bathroom with you while you’re on the toilet. Why is that recognizable privacy but a closed session for queers of color is not? Or for trans-folk? Or disabled people? I think that people need to stop looking outside themselves and complaining, pull their heads out of their asses and and educate themselves for real. We can not get caught up in the fantasy of a magic utopia where we are all the same, because we are not. We do not all have the same rights, the same access. We can not pull through this together if we don’t respect each other, and that includes respecting each other’s right to privacy and space.

15 thoughts on “MBLGTACC and Inclusion vs. Illusion” 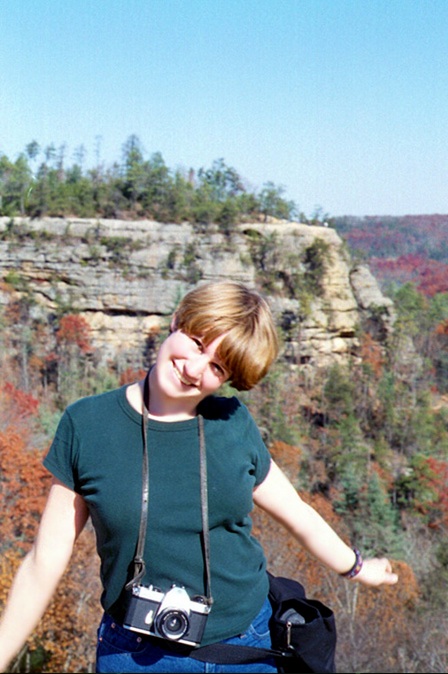 Six years ago today I started taking T. In my moments of reflection on this date, certain things stand out to me. The anxiety leading up to the day, the

There is a parallel universe I live beside. It is so close that it surrounds me, and yet I am not inside it. I was looking through my spanish book,

22 years ago the US government enacted a travel ban that prohibited any person who had HIV/AIDS from entering the US.   In 1987, under direction of the Regan administration, the